These days, the cameras with some of the best video specs are crop sensor cameras and camcorders.

For example, if you compare a full-frame Sony a7III or Canon EOSR to a crop sensor camera like the FujiFilm XT4/XT3, you’ll find that they aren’t nearly as good. Neither the Sony a7III nor the Canon EOSR can handle 4k 60 fps or 10bit internal recording like the XT4 or even the Panasonic GH5 can. The truth is, even newer full-frame cameras available with 4k 60 fps can only do so with the image cropped in.

So, if you want the best video quality possible in a camera that costs less than $3,000, it’s likely that you’d have to go with a crop sensor camera.

You may be asking: As a full-frame shooter, how do you select lenses to achieve a similar look to that of a shot with a crop sensor? Well, let’s say you’re in love with the way an 85mm f1.8 prime image looks for portraits. If you were to mount the 85mm lens onto an APSC crop sensor camera, the image incurs a 1.5x crop. This means that your 85mm field of view was multiplied by 1.5x, which equals 127.5mm.

Now, let’s say you are shooting an interview and don’t have any space left to back up in order to get the whole shot in the frame. What do you do? To get an equivalent field of view from a crop sensor camera while still having a similar field of view as an 85mm lens on a full-frame sensor, you would need a 56mm lens. 56×1.5x = 84mm, which is close enough. However, if you use a 56mm f1.8 crop sensor lens, you wouldn’t get the same exact look that you would using the 85mm f1.8 lens on the full frame camera.

Although the field of view and compositions are similar, the overall image does not have the same quality because the 85mm f1.8 has a shallower depth of field. To match the look of the 85mm full frame lens at f1.8, you would also have to adjust the aperture to create a shallower depth of field on the crop sensor. Int his case, you would need to set it at f1.2 (1.2 x 1.5 = 1.8).

Keep in mind, however, that you will be getting a lot more light/exposure at f1.2, but the overall image, composition, field of view, and background bokeh will look similar. 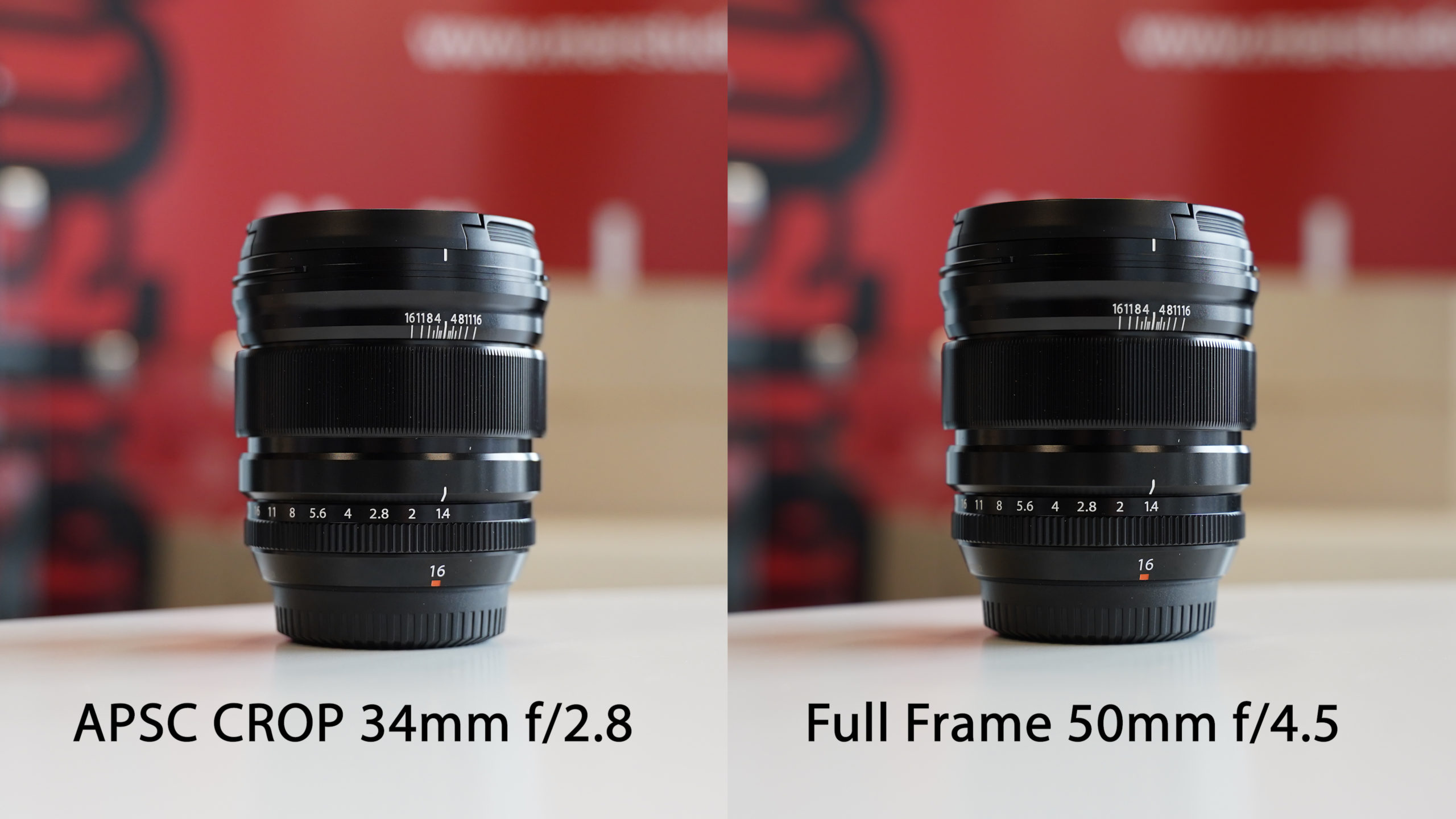 Yes, 51mm isn’t exactly 50mm and f4.2 isn’t exactly f4.5, but they are close enough considering we were using a zoom lens and attempted to match the aperture. Unfortunately, you cannot set the aperture to f4.2 and the closest setting was f4.5. The APSC image has a slightly blurrier background due to the 51mm vs 50mm as well as the f2.8’s wider aperture. But, as you can see, the image is still very similar and illustrates our calculations.

Recently, the team at BLACKWATER Promotions embarked on a mission to take high-impact photographs of Kellogg Conference Hotels’ updated rooms and event spaces. With a shoot like this, it comes with its own rules and we were prepared for the job. When it comes to photographing interiors, the most important tools in a photographer’s arsenal […]